The Campanian archipelago (also known as the Neapolitan archipelago) is an archipelago formed by a group of five islands located on the edge of the Gulf of Naples in the Tyrrhenian Sea.

The archipelago was also referred to as the “Parthenopee Islands”, which was also extended to the Ponziane islands of Ponza and Ventotene (before the establishment of the provinces of Latina and Caserta their respective municipalities were in fact involved in the province of Naples). 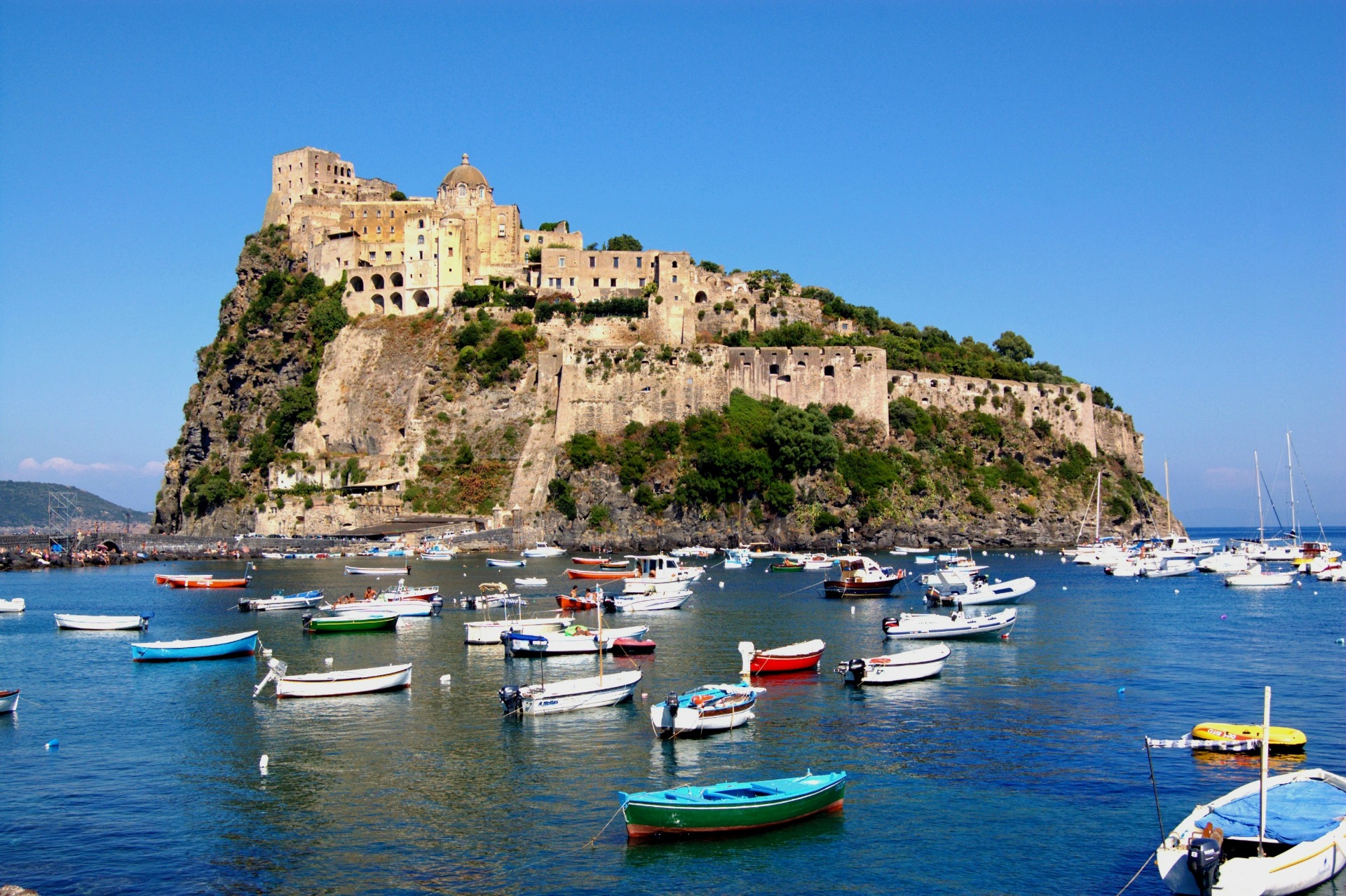 Known worldwide, Ischia is the island where nothing is obvious. It’s a mix of different features, historical, cultural, tourist and scenic landscapes, all combined together to make a great show! Purely volcanic origin, was formed by the lifting of rocks occurring in the last 150,000 years, with deposits of explosive eruptions which generated bays, coastlines and spectacular beaches but also green hills covered with pine forests and woods, this is why it’s also called the ” green island “.

The Aragonese Castle, the Saracen towers and the archaeological Greek and Roman sites, confirm the important historical past of the island. In addition, to testify the quality of the surrounding sea, there is a large number of cetaceans that inhabit the waters off it’s coast (dolphins, whales and fin whales). The natural thermal waters, the excellent Mediterranean cuisine, the breathtaking views and the great hospitality, attract tourists from all over the world! 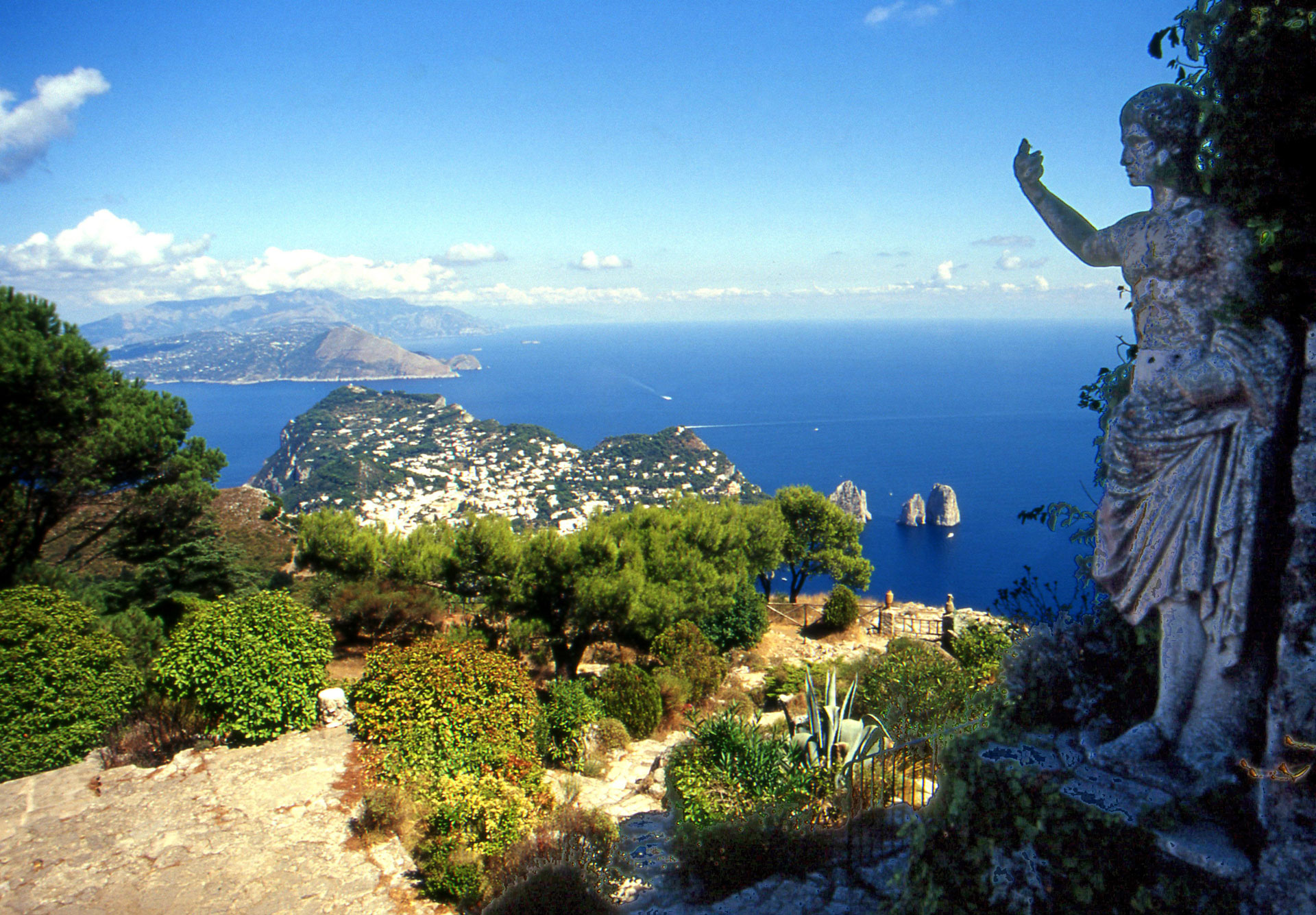 The island of Capri is one of the most picturesque and most visited of Campania. Its reputation is known from ancient times because here, according to a mythical version, Ulysses met the Sirens and, at the beginning of Christian Era, Capri became a private property of Roman emperors.

The island still attracts many visitors who are fascinated by the breathtaking views and the blue colour of the sea which mingles with the sky! Separated from the mainland by a strait, Capri has several reliefs including the one of Anacapri, which is its principal; its coasts are sharp, jagged and full of caves, among which the most famous is the “GrottaAzzurra, the Blue Grotto”.

Pointing straight to the sky, emerging from the deep blue waters, are the famous “Faraglioni”, small rocky islands. 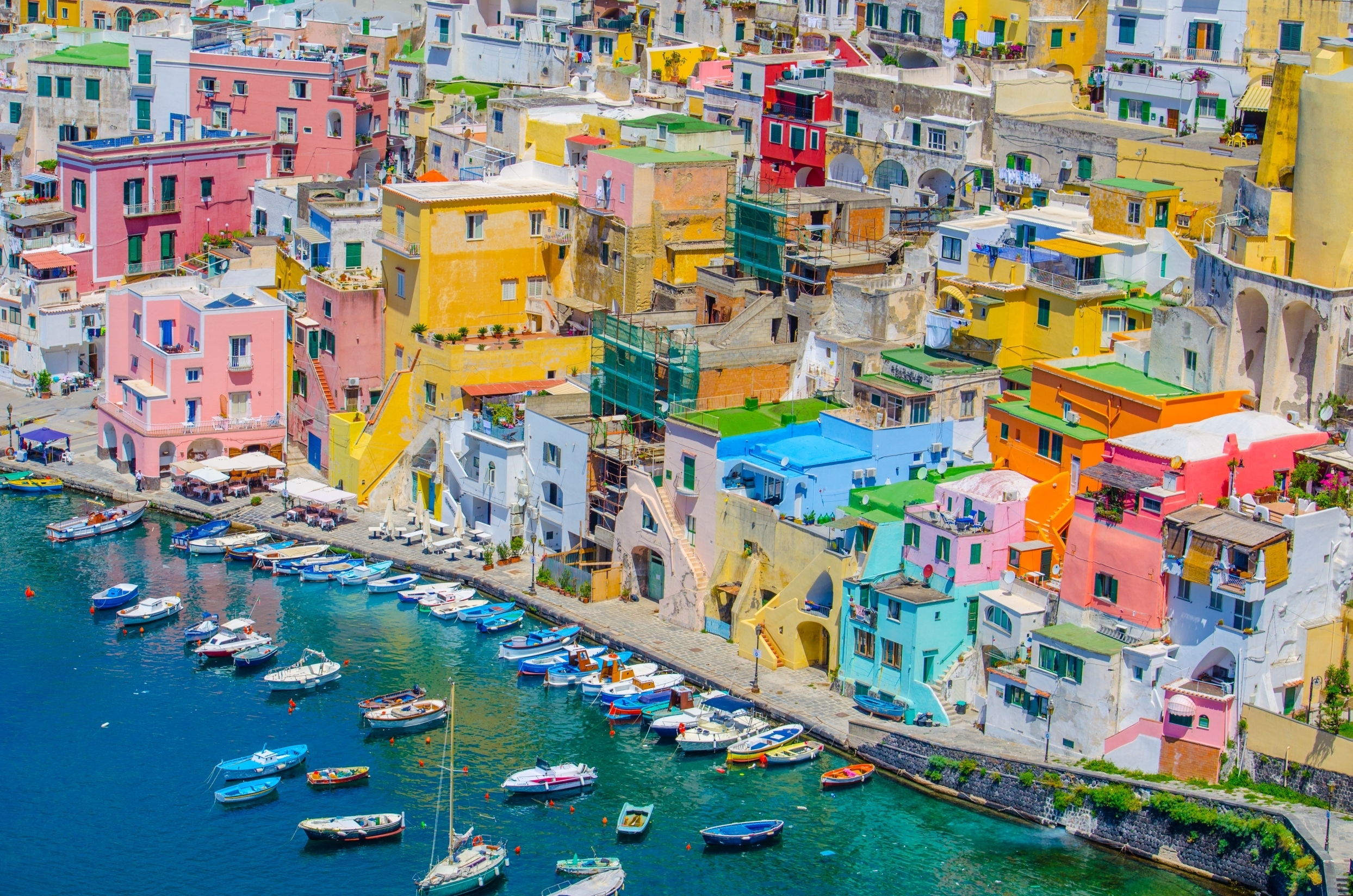 The island of Procida is smaller than Ischia and Capri but is also the closest to the mainland, it’s only a few kilometers away from the Phlegraean peninsula. Next to it, connected by a bridge, is an islet, Vivara, a beautiful uninhabited nature reserve. Procida and Vivara, as well as Ischia and Nisida, form the group of Phlegraean islands , so called because of their membership of the Campi Flegrei area. Procida is not as known as Ischia and Capri, primarily from international customers.

But it is this feature to make it special, as it still manages to make us breathe the air of past centuries. The vivid colours of Corricella, the port of Chiaiolella and the views of the island of Vivara seem to stay there, in peace, unconcerned of the centuries.

Over the years, the island has inspired many writers and today is remembered for three important masterpieces: the novels of Graziella written by Alfonso de Lamartine, Arturo’s Island of Elsa Morante and the movie Il Postino, the latest interpretation of Massimo Troisi before his death.